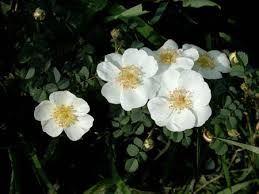 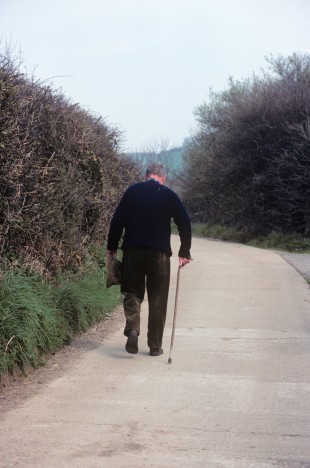 Suzzy Roche is a founding member of the singing group The Roches who has recorded over fifteen albums. Her debut novel Wayward Saints (Hyperion/Voice) was a selection of the Spring 2012 B&N Discover Great New Writers Program, and her second novel The Town Crazy (Gibson House Press) was published in 2020. Since she was a teenager, Suzzy’s life as an artist, actor, singer and dancer has interwoven with her writing; the influence of music and lyrics on her writing is part of what we invited her to discuss with us, but we came away with an understanding of Suzzy’s commitment to her artistic process over time that goes far beyond the influence of one practice over another.

During the couple of weeks since the event, while I have been finishing a revision of my novel manuscript, what kept coming back to me was when Suzzy said that as she gets older, she can no longer reach the musical notes she used to. Yet, instead of fleeing from the note, which is her impulse, she makes herself stay there. “Let it fail,” she said. “Let it go where it’s going. Allow yourself to do it ungracefully. Go towards it, stay with it.” It’s that imperfection—the desperation of an attempt at the right note, listening to the singer aim for a note and not quite making it—that breaks open our hearts.

Suzzy talked about Marilyn Monroe having a sorrow about her, how everyone wanted to touch that place of pleasure and pain, the part that was falling apart, utterly human and not “figured out.”

It made me think of Leonard Cohen’s lines “there is a crack in everything/that’s how the light gets in.” It also made me think of the polio in Joni Mitchell’s left hand, which forced her to experiment with open tunings, allowing her to form the chord shapes that still break open our hearts today. Mitchell stayed with the failure, worked around the problem and strengthened a different part of her.

By contrast, I was trained in classical piano and if I hit a wrong note, I got a wooden ruler across my knuckles. It was physically frightening to fail, to hit the wrong note. My mother sang the correct note (with its name: B flat minor!!!!) from the kitchen while scraping mud off a basin of potatoes. When Suzzy told us it was not only fine not to hit the right note—and to stay on it, let it go where it wants to go—I wished she could go back down the years and have a word with my piano teacher.

I reread Lily King’s Writers and Lovers last week, about an aspiring novelist whose editor says, “Linger here. Let the reader feel this.” When she stayed with it, felt the moment, her understanding of it expanded. Things began to thrum across the book.

Suzzy said that if she is beginning to unkindly attack what she’s working on, she takes a break, moves to something else, then comes back to it. “I’m going to sing you again,” she says to her work. When she sticks with it, allowing it to become itself, it always finds its good place. “Let it be you, the gentle, imperfect you.” Sometimes it takes years to open up. She lets go of the intellect and lets in an openheartedness. It makes her vulnerable, allowing herself to be seen, however imperfectly.

As an inflection point, when the group discussed whether or not we listen to music as we write and how it affects the mood of our work, Meg told us that Kazuo Ishiguro thought he’d finished the manuscript of Remains of the Day, but then heard Tom Waits singing “Ruby’s Arms.” The crack in Waits’ voice as the song’s narrator says goodbye to Ruby made Ishiguro allow his emotionally buttoned-up butler a moment of having a crack in his emotions. Here it comes again: the crack in everything. It’s as if the breaking heart of Tom Waits’ soldier funneled itself through Ishiguro, cracked open the heart of his butler and the light got in.

So in my revision work after we met with Suzzy, I decided to do an experiment by listening to a song on repeat during breaks from editing the final draft of my manuscript. I had a scene near the end that wasn’t failing, exactly—it just wasn’t as satisfying as it could be. So, instead of avoiding it, I decided to “Suzzy” it: stay with the failing note, press on it, watch where it wanted to go, be kind to it. The scene is about a character who has helped someone dear to them die. I listened to Lucinda Williams’ “Sweet Old World” on repeat.Williams sings about everything the person choosing to leave the world will never feel again: the breath from their own lips, the touch of fingertips, a sweet and tender kiss, wearing someone’s ring, someone calling your name, somebody so warm cradled in your arms, dancing with no shoes, the pounding of your heart’s drum together with another one.

In the old draft of the scene, my character only glanced lightly on the emotion behind the act, or rather I, the writer, had only touched lightly on the emotion. I listened to the song on repeat, I felt in my own body what my character might have been feeling, then I went back into the scene and let more emotion in, more senses, more loss. I stayed with the work, treated it kindly, sang it again, let it go where it wanted to, to an imperfect place—and finally, pressed “send” into the hands of a kindly stranger.

Zadie Smith says to “resign ourselves to the lifelong sadness that comes with never being satisfied” with the imperfection of our work. Perhaps this is an oblique complement to what Suzzy said: “It’s a gentle thing, this imperfection that comes with age. Be nice to the thing you’re trying to create and be nice to you, the creator of the thing.”

Suzzy Roche on imperfection and letting the note fail.

“It’s a gentle thing, this imperfection that comes with age.”

“Let it fail. Let it go where it’s going. Go towards it, stay with it.”